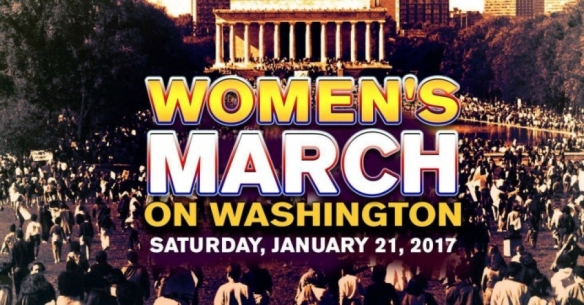 I am packing for my trip to Washington DC.  I have warm clothes, a good coat, comfortable boots, and a sign that says “Respect Young Women with Disabilities.” I’m meeting another mom of a special needs child and together we will join The Women’s March on Washington on January 21st.

Why am I marching?

Because our daughters, and thousands of other children and adults with disabilities, need health care.

Because all daughters deserve respect, especially from our elected officials, and no one has the right to grab or molest them.

Because Betsy DeVos, the nominee for Education Secretary, doesn’t know what IDEA is or why it is important.

Because Jeff Sessions is a known racist but will be the Attorney General.

Because religious intolerance is anti-American.

Because people I love are Gay, Lesbian and Transgender.

Because climate change is real and if something isn’t done to stop the damage to our planet our grandchildren will suffer.

Because I am a rape survivor.

Because Mr. Trump has repeatedly shown his disdain of women and people with disabilities.

I am marching against hate.