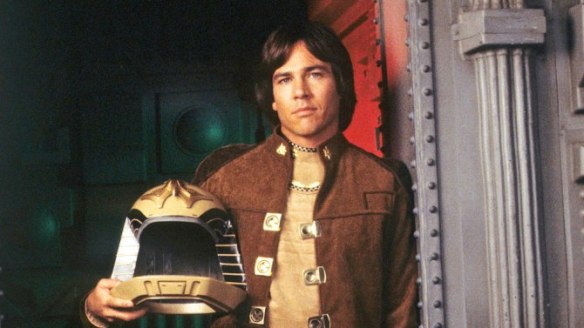 Richard Hatch died yesterday of pancreatic cancer. He was 71. Reading the news, I felt as if I’d lost my first, dearest love. In a way I had. I have loved Richard Hatch since I first saw him on Battlestar Galactica when I was 11 years old in 1978. From the moment I saw his smile and those hazel-green eyes I was madly in love, and I stayed in love for the rest of my life. I’m not sure why, but there was something about his voice and those cheekbones that made my heart beat wilder than anyone else on the planet, even Johnny Depp.

While other girls decorated their lockers in Middle School with pictures of Scott Baio and Leif Garrison, I plastered mine with a collage of Richard Hatch. Richard in his Battlestar costume. Richard playing the guitar. Richard looking serious with his dark hair in a center part. Richard in a scene from The Streets of San Francisco. I collected everything I could find about him and kept all the clippings in a secret scrap book. My infatuation didn’t end; even after I graduated high school and went to college, I worshipped Richard Hatch. When I was 20, a jealous boyfriend found my scrap book and burned it. That relationship died, but my love for Richard remained steadfast. 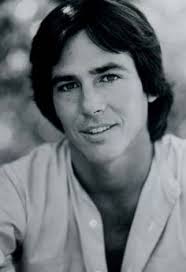 One day when I was living in San Francisco in 1991, I saw an add for an acting workshop taught by non-other than Richard Hatch. I stole the flyer and called the number to sign up, spending the last of my grocery money that month to be in the same room with my first true love. Then I spent the next two weeks trying to decide what to wear.

At last the day came. Wearing a green sweater, a jean mini-skirt, black tights and my Doc Martin boots, I entered the room and instantly hated my outfit. There he was, Richard Hatch. He wore faded blue jeans and a light blue, button-down shirt with the cuffs rolled up, revealing his beautiful forearms. Oh god, don’t stare at his forearms! He smiled and nodded as I walked in and I quietly found a seat on one of the folding chairs at the front of the room. Why am I the first person in the room? Thankfully more people entered, but I wished I’d actually said something rather than just staring at my feet. 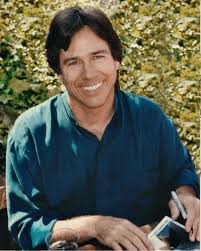 There were about 20 students and the class began with a short introduction. Richard explained the class was about finding your own, inner strength and talent to make you a better actor. We all introduced ourselves and when it was my turn I thankfully remembered my own name and said I was studying drama at San Francisco State. After introductions we formed a circle for warm ups and spontaneity exercises. There were more getting-to-know-you exercises, including one that required us to say the first thing that came to mind about the person directly across from us.

Paralyzed, I mumbled responses, growing more frightened as time went by. I can’t move in front of Richard Hatch!  I might faint in front of Richard Hatch! Does he know? Does he understand how badly I want to have his children? Oh my god I want to touch him! No, don’t touch him! That would be creepy. Don’t be creepy. Don’t look at him. Oh no, he wants me to look at him. He’s asking me a question. 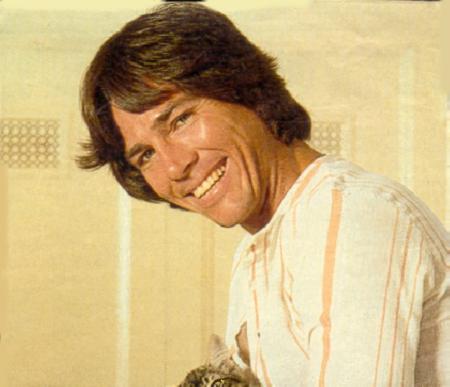 “This seems like a challenging exercise for you, Terena.”

“It’s okay. Everyone feels nervous sometimes. So this is what I want you to do.” He moved into the center of the circle and gestured for me to join him. Slowly I moved and stood beside him. Putting his hands on my shoulders, he said “Close your eyes.”

Richard Hatch is touching me! I closed my eyes and he gently spun me three times. Then he let go and said, “Put out your arm and point. Keep your eyes closed.”I did what he said. I would have jumped out the window if he said to. After a moment he said, “Now, spin once on your own, stop, open your eyes and say the first thing that comes to mind about the person you’re pointing at. Don’t second guess yourself, just do it.”

Taking a deep breath, I spun around and then opened my eyes. I was pointing directly at him. Dropping my arm, I just stared at him in horror. A few people laughed and one person said, “Come on. You can do it.”

Richard smiled kindly. “What do you want to say?”

“I’ve been in love with you since I was eleven years old!” I said loudly.

There was a pause, then the entire room cheered.

Richard blushed and grinned. “Now that took guts,” he said. We both laughed and he gestured that I should rejoin the circle. The ice had broken. Finally relaxed, I enjoyed the rest of the class and learned quite a lot about improvisation and trusting my acting instincts.

However, after class I gave him one of the awful, passionate poems I wrote in high school about him. I wish I hadn’t. He probably thought I was the weirdest stalker he’d ever met. Oh well, at least he knew my name.

Goodbye Richard. You will always have my heart. 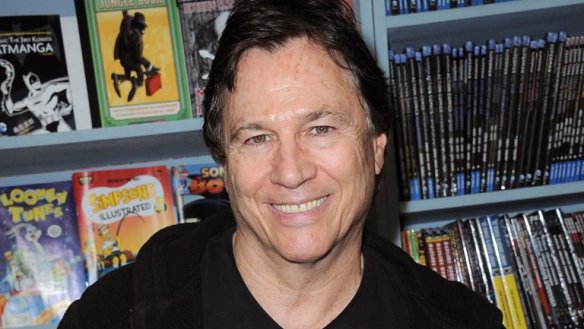 Teaching English, Media and Film (and occasionally blogging about it)